The Gift of Burial Insurance

The Gift of Burial Insurance 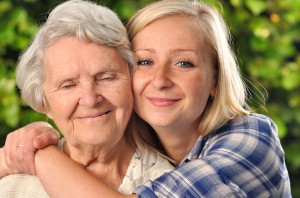 “Getting old ain’t for wimps”, my grandmother always says. Not only is it physically straining, but it forces the conversation with death. Her death is often on my grandmother’s mind.  It’s evident that she considers it deeply– which comes across through macabre jokes, “Why don’t you come visit me now instead of when I’m 6-feet under?”. Such an image used to make me feel uncomfortable. I was angry that she’s drag death into our conversations.

Only recently have I realized that it’s actually mercy which gives form to my grandmother’s references. She uses such comments to soften the blow of her departure. To reinforce in all of us that death isn’t an if, it’s a when.

Most folks spend their life ignoring the idea of death. We wake up each day and don’t consider it on the itinerary. No, not today. It’s a particularly unfortunate must-do for the very far future. My grandmothers’ acceptance, however, has inspired me to reexamine the idea. If it’s like everything else in life, then it will cause great anxiety, but not be so bad once commenced.

Alfred Lord Tennyson wrote a lovely poem in 1842, “The Lady of Shalott”. It portrays death in a particularly lovely way. He writes of a woman who lives in a tower and can never look upon the world, but by its replication in her mirror. She sees two newlyweds, and, laments, “I am half sick of shadows”. This comment is a metaphor for the muted nature of our lives. To fear death would be like fearing the rising of the sun. Later, a handsome King Arthur appears in the reflection.  Without hesitation, the lady turns from her mirror and looks directly upon him. The satisfaction of a real sensory interaction, as opposed to her filtered reality, calls the lady to her death. To express he last moments, Tennyson narrates:

Till her blood was frozen slowly,

And her eyes were darken’d wholly.

In order to get fulfillment of her life, the lady agreed to death. Interaction was so inspiring, that she didn’t think twice to depart from the world. Perhaps herein lies the blessing that death brings us—gratitude for the pure wonder of life itself.

In its entirety, life is amazing. Moments are tough, yet the the pattern is beautiful. Death provides us an opportunity to actually feel that deep appreciation. An appreciation which, in life, is interrupted by the next “to do”.

Anxiety is the reason that folks don’t plan for their death. While understandable, it’s such a shame. Making estate planning and funeral preparations takes immense courage. There is unavoidable anxiety surrounding the whole affair. Precisely this reason, however, that the foresight is not taken for granted. In the depths of their grief, loved ones are so grateful to have been relieved of the necessary administrative duties.

To conclude, it’s always me that tells my grandmother how much I admire her grace in old age. It is that very dignity and acceptance that makes the prospect less terrifying. I am filled with courage that, on day, I will be able to do the same. She has made an arrangement for her funeral and greeted death at the door before inviting it to come in. For this, she is the bravest person I know.

Marlo Spieth is a casual writer and professional relationship builder. She currently does outreach for Avvo, a website that connects citizens and lawyers. We make legal faster and easier.